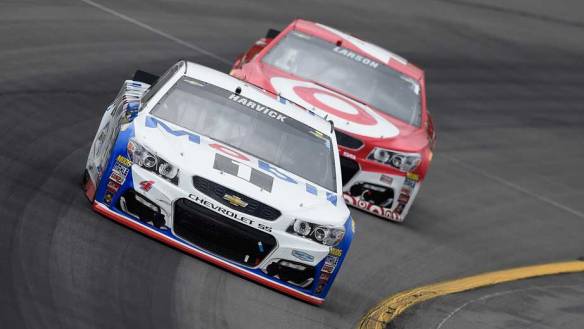 Do you ever have one of those days where it’s going great until something so bizarre happens that you can’t help but say “WTF?”  Unlike stories though, there is rarely any foreshadowing to real life craziness; the days are always perfect until they are not.

It was a gorgeous day yesterday, warm and sunny, typical for the end of September in SoCal.  I got up relatively early for the second day of my four-day weekend; sweated through my 7:15 am spin class; came home; took a long hot shower and casually read a wonderful short story by Grace Paley over breakfast before venturing out to run some errands.  After my last stop, I headed back home looking forward to spending the afternoon reading or painting.  As I’ve gotten older or just because I am trying to be one with the universe, I am conscious of being a polite and cautious driver.  I pull back and motion others into my lane, I keep a good distance between myself and other cars, and wave in gratitude for being allowed to pass.  Yesterday however, circumstances beyond my control channeled into my being a dangerous and uncontrollable spirit, a creature so powerful and unpredictable that it has come to me only once before.  It was intentional that time and only because it was necessary and in a controlled environment as I was behind the wheel of a real Nascar on a real race track.

I was happily listening to my tunes as I entered the freeway and merged into the driving lane as required well ahead of a dirty, beat-up, old, white four-door sedan.  I noticed the sedan change lanes, pull ahead and change back into my lane.  It seemed odd but not terribly disturbing.  Still needing to move left to catch the freeway home, I changed lanes again at which point the white sedan moved in front of me while the driver proceeded to wag his finger (WTF?).  Not believing what had transpired, I moved over again as a test and watched incredulous as the sedan scurried into my lane ahead while the driver wagged his finger again.  I understood then how Dr. Bruce Banner could be incapable of controlling the Hulk as I felt myself being taken over by  “Leadfoot”,  the native american spirit animal of speed but this time it was enraged.

First, Leadfoot lifted my hands and forced them into a simultaneous gesture so offensive I dare not describe it.  She then (because Leadfoot is female) scanned the freeway noting the placement of cars and open spaces and calculated the speed and distance required to blast between them. I tried to bargain with her, “It won’t work! It is not a movie” I said but Leadfoot now in complete control was positive the plan she’d formulated to entrap and elude the enemy would work and refused to listen.  Then, with the skill of an NFL quarterback, Leadfoot head faked left, casually drifting into the next lane long enough to engage the enemy.  When it was obvious that the enemy had committed to the lane change, she floored it to the far right, weaving through cars and pushing her white German stallion as though it was being chased by the devil himself.  At first, the enemy tried to follow only to find himself trapped by a surge of slower traffic and trucks as planned.  Soon, he was a mere white spec of dust in her rear view mirror.  When it was clear that we were no longer being followed, Leadfoot vanished leaving me panting and my heart racing.

The energy required to transform to Leadfoot and back left me famished and exhausted so that when I finally arrived home all I could do is grab a quick snack before crashing on the couch for a much-needed nap.  When I awoke, more than an hour later, the whole episode seemed too improbable, too much like a dream or rather a nightmare.  There are no dirty white Sedans who refuse to allow you to change lanes – are there?