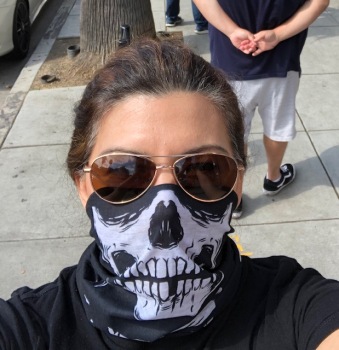 It is now 30 plus days since the COVID-19 lockdown began and our mayor, Eric Garcetti, has no real plan to open the economy. Instead, he has outlined five (ridiculous) strategies the city will (allegedly) follow in order to lift the lockdown. The stated strategies are widespread virus and blood testing, real-time disease surveillance, rapid aggressive response, increase hospital capacity, and ongoing research and development.  WTH?  I don’t know why journalists don’t do their job.  Um excuse me mayor, what does widespread testing mean – 25% of the population? 50%?  How do you plan to surveil anyone if some COVID carriers are asymptomatic?  Who is going to make up this “rapid aggressive response team”? Are you just going to drag people off the street and turn then into emergency personnel? As far as we know, the hospitals were never at capacity so why do we have to increase it?  What gives you the right to demand treatments that are “based on actual clinical trials” instead of the “theoretical” treatments prescribed by our doctor? I mourn the death of all COVID victims to date and in the future just I like I mourn every death, BUT we seem to be ignoring a truth that is right in front of our face. Either the mortality rate is not as bad as we assumed, the virus is not really as contagious as we imagined or it’s been here longer and we’ve developed some immunity because we are nowhere near the number of cases and deaths that had been predicted despite the delayed action by our leaders.

As of today, the Institute for Health Metrics and Evaluation, IHME (founded by Bill Gates – just in case you wondered why anyone was interviewing him), apparently the only organization that had government sanctioned calculators, projects that by August 4 the COVID death toll will rise to a hair raising 1,483 in the entire state of California. (COVI-19 California ) What happened to the thousands if not millions of infected and projected dead?  Who the hell forgot to carry the 2?  Nevertheless, Garcetti and that gray-haired crazy looking lady by his side continue to tell us that the “peak” originally projected for mid-April, then at the end of April is probably closer to the middle of May!!! (According to the IHME it’s tomorrow). While real (not theoretical) millions suffer in a closed economy, Garcetti and his minions stall, play fast and loose with the facts and threaten us into doing what we are told with the various clubs of government – tickets, fines, and even cutting off our utilities.

I seem to be completely alone in asking rational questions. Like, if the virus had been out since December how was “social distancing” really going to help in mid-MARCH?  Wouldn’t the virus have had more than enough time to infect us by then?  Isn’t it supposed to be super contagious?  Didn’t leaving all grocery stores, hardware stores, nurseries, and dry cleaners (really?) open simply direct the limits of our interaction to very specific areas?  Can we not extrapolate anything from the fact that such interactions did NOT result in a concentrated explosion of the virus?

Unless I missed the story (not possible in the 24/7 news cycle), I do not know of any outbreaks of the virus in grocery stores.  Shouldn’t there be especially when some carriers are asymptomatic, touched everything and didn’t have to wear masks until last Friday? I am aware that some (let’s say many) clerks have tested positive and I am certain some have even died, but shouldn’t at least one grocery store have become an epicenter of disease?  Even those hospitals that were actually overwhelmed with a large number of COVID patients have not reported that a vast majority of their workers were infected and died.  SO WHY THE CONTINUED LOCKDOWN? (Yes, I am screaming).

I have no problem wearing a mask if it makes the truly frail and the hysterical feel better (I am generous that way). I will stand more than six feet away from everyone if I must (I am not much a hugger anyway) but I am begging my fellow Angelenos, citizens of this state and this great nation, to please wake up, ask questions, fight back!  Our economy depends on it.