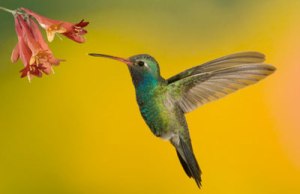 Hummingbirds are not a strange sight especially in California where the weather is warm and all the native plants seem to have been created just for them.  And yet, these little birds have taken on a new meaning in our lives recently.

Just a week before Gus’ untimely passing, he celebrated Father’s Day, with his grandfather, dad, brothers and cousins at the local trap range.  No, we don’t have a shotgun at home, but yes my husband taught him to shoot one a few days after birth (o.k. a little later), a carryover from the family roots in the mid-west.  With Gus gone, the trap range was the last place my husband wanted to ever visit again.  This place where he’d spent much of his youth with his own father was now the last place he’d been with his son and he was afraid the grief would overwhelm him. We’d made a commitment though, to face our grief head on by going to those exact places, attending those events and being with those people who reminded us most of our time with Gus and therefore caused the most pain.  And since my husband had already been to his school and even taken his friends to the Big Time Rush concert  that Gus had been looking forward to, he headed to the trap range to meet his dad for dinner. 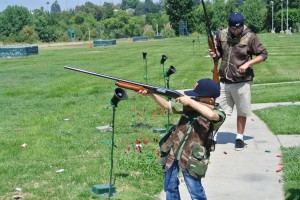 Parking at their usual spot, he looked out to where Gus had taken his last shot.  He’d been trying to remember how many Gus had hit that day or if he’d hit any at all when he became aware of fluttering outside his window.  The tree he’d parked under a thousand times before was swelling and contracting with the greatest quantity of hummingbirds he’d ever seen in one place. How he wished Gus could have seen it.

We knew nothing about hummingbird folklore at the time but the experience was such that my husband wanted to share the story with friends over dinner later that week. The four of us had begun as parents with children in the same class and ended up as parents with children in the same cemetery.  They had lost their infant son to SIDS months before Gus and their eldest son started kindergarten. They shared that in the wife’s Korean culture, the hummingbird was thought to carry the soul of the departed. In fact, they said, a hummingbird had followed them around for days shortly after their baby’s death. It was a sweet to think that Gus might have been buzzing about his dad’s car that day and we joked that he’d needed so many to get his attention.

Since then however, the hummingbird makes a regular appearance every where we go. 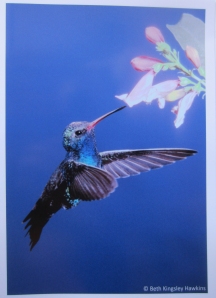 After Christmas, on a short trip to Sedona, Arizona, “it” was in a store devoted to the work of local artists.  I’d gone in there to clear my head after an emotional breakdown and come across a series of hummingbirds pictures which I thought would make a great gift for my Korean friend and keepsakes for us.  I had forgotten my purse so I had to return the following day as we were heading out.  The store clerk that day just happened to be the artist herself who was only there one Sunday a month and as it turned out had also lost her youngest son of three many years before. Meeting her was remarkable not just because of the hummingbirds but because I had been struggling with the concept of time, the idea of moving away from him as time marched on.  She told us that the Native Americans believed that the hummingbird was a messenger from the “other side” and in a sense the hummingbird had brought me to her to confront the passage of time, like the hummingbirds had made their presence known at the trap range.  It had been more than forty years since she’d lost her boy and while she still ached for him, the tears had slowly become less.

This spring a hummingbird made its nest on the mariachi hat of my wind chime on the back porch. Despite the many years I’d tried to lure hummingbirds with an assortment of specialized feeders, it was the first time one made our home its home. 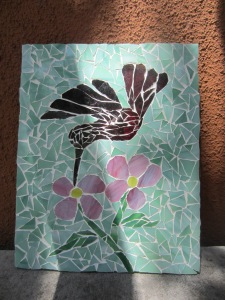 Later, on a trip to San Miguel de Allende (Mexico) in May, this hummingbird mosaic found its way into my hands.  Walking through an organic market, I met an American woman who’d moved there and then “accidentally” founded an art school for children, when children just wouldn’t leave her house after giving them pencils and paper. She was most excited about one particular boy’s art, “he makes the most amazing mosaics” she said.  After assuring us that all proceeds went to the school, she asked if we’d be interested in buying something. Turning to retrieve the piece, she lost her footing and as I caught her and the multitude of pieces she toppled over, she shoved “it” into my hands.  Of course a hummingbird.

Then, at my husband’s family reunion in Iowa this summer, one aunt had a hummingbird on her door while the other wore a hummingbird t-shirt to the reunion and finally on our epic family cruise, we came across a hummingbird drawn on a leaf as we walked ashore in Costa Rica.

Like the “Love You More” sign, drawings and bands we find when we least expect them, the hummingbird has become another sign that Gus is all around us…

Life is a Camino

I quit my job and bought a 1 way ticket to Europe.

Travel Astronomy: Or Lifestyles of the Rich and Famous

A publication of Parnassus Books

The Art and Craft of Blogging

The latest news on WordPress.com and the WordPress community.