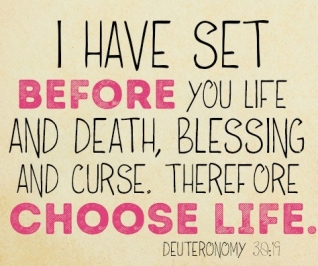 Patton Oswald recently tweeted that “Anne Frank spent 2 years hiding in an attic and we’ve been home for just over a month with Netflix, food delivery & video games and there are people risking viral death by storming state capital buildings & screaming, “Open Fuddruckers!”.   He was rightly excoriated by opposing tweeters who understood that the protesters were concerned about their job and ability to eat, not go to Fuddruckers.  While I am not personally out protesting (except by mounting my own form of resistance to the lockdown by going anywhere I can), I am concerned that we are forgetting what Anne Frank wanted most, to live.

I have long been saying that there has to be a middle ground.  Assuming that social distancing is working, if we can social distance at “essential” businesses (grocery stores, hardware stores, nursery’s, etc.), we should be able to social distance everywhere else.  Increasingly though, governments appear to be waiting for a path that all but guarantees the health of every individual and in so doing are killing our collective souls.

Let us recall that the original goal of the lockdown was not to prevent the spread and/or death but to slow the rate of the spread so as to not overwhelm the hospitals.  To this day, no one really knows how many people are infected. The Stanford (Stanford Antibody Study) and USC (USC Study) studies suggest that the actual infection rate is much higher than once believed. If the infection rate is that much higher than anticipated, can we conclude the lockdown was for naught?  Maybe. Maybe not.  What we can conclude is the so-called “experts” may not have (if ever) enough information to plot a path forward.  The only thing they know is that there is a virus, it is contagious and particularly deadly to certain groups of people – although thankfully not as deadly as originally anticipated.  We don’t (or shouldn’t) have to be doctors to know that viruses are rarely if ever eliminated.  If they were, we wouldn’t need vaccines or the yearly flu shot.  So why are we waiting for “THE” answer before lifting the lockdown?

As I was thinking about the resurrection over Easter, it occurred to me that our response to this pandemic had turned us into a worldwide colony of lepers.  Jesus’ life and death were supposed to teach us to conquer fear and here we were hiding behind modern technology.  While Jesus waded into the leper colony, we have isolated. Is it really necessary to avoid all personal contact with family and friends, to eye each other suspiciously if we are not standing at least six feet apart with a mask, to “snitch” to the government about those not following the “rules”,  to publicly shame anyone with the temerity to venture beyond their exact home boundary for a change of scenery or to dismiss protesters as weak fools?  And, in the greatest act of fear, did we really have to let our loved ones die alone?

A month may not seem like much for a person like Patton Oswald, who has his health, his video games and is having his food delivered.  I remember like it was yesterday, that a week between our son, Gus’ cancer diagnosis and his first treatment felt like a year, that eight years between his first diagnosis and his relapse seemed like only a few short months and that in twenty-four hours Gus went from being in remission to losing his life.  Which is to say that a lot can happen in a month. Yes, this virus is deadly and we sadly do not know enough about it to fully protect ourselves, but this month we’ve given up much more than the well-being we were after.  Existing in a perpetual state of fear and inaction is worse than death, it is a selfish squandering of the very breath denied to those that died.  Lifting the lockdown is not just about the economy, it is about acceptance.  Life is not guaranteed but needs to be lived to have meaning.  As my brilliant husband said yesterday, we can either take a risk and live, or do nothing out of fear and die anyway.  I choose life.